you may try to silence sound
but you could never still vibration
you may make us shed blood, tears
but it will only flavour that essence

how shall you mute us?
how shall you abduct the rhythm in our anthem?
each explosion only lends itself to the reverberation

yes, grief is selective
yes, mourning is a luxury
but recognise that each time
and every time
we shall rise
every whirl represents rotation
how shall you halt the movement of earth?

and
how will you destroy that which has no form?

February 16th, 2017 at least 70 people, including women and children, were killed and more than 150 injured in a suicide attack by ISIS on the shrine of Lal Shahbaz Qalandar in Sehwan, Pakistan. 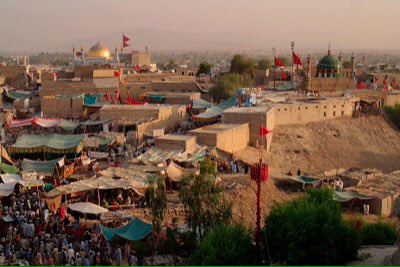 My heart was heavy.

Hazrat Lal Shahbaz Qalandar (1177 – 1274) was a Sufi saint, philosopher and poet. He represents love, beauty and togetherness. There is perhaps no other shrine in the country that captures the essence of religious syncretism like the shrine of Lal Shahbaz Qalandar. In his courtyard, it feels as if the riots of Partition never happened, as if Sindhi Hindus were never forced to abandon their land, as if Christian settlements in Punjab had never been burned after alleged cases of blasphemy. The courtyard of Lal Shahbaz Qalandar represents a different world, a world that once existed but has slowly disappeared outside its confines. 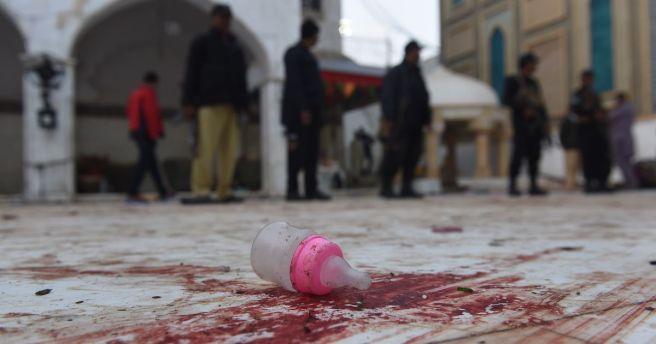 However even before the echoes of the screams died down, and the last strains of blood could be washed off the courtyard, dhamal began once again on Friday morning. It was like it had never stopped. The world never stops rotating.

A very famous Qawali has been written in honor of Lal Shahbaz Qalandar and is called Dama Dam Mast Qalandar. There are countless versions of this song, one of which I shared in my post The Song of the Sufi. It is an anthem of the simple yet highest form of love, which is devotion. Today I share with you another delightful version of the qawali.

Finally, I would like to leave you with the thought that there was very limited and selective outrage over the Sehwan attack. Why do some lives matter less than others?